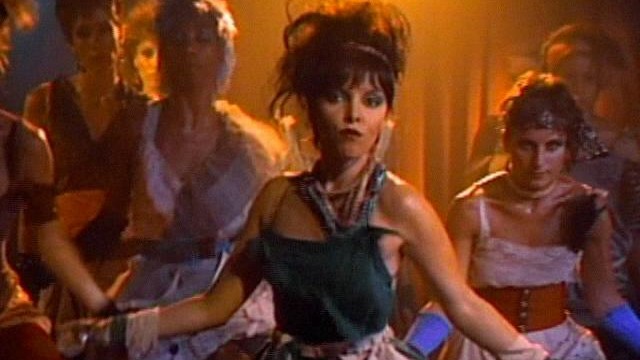 My daughter goes to the mall a lot.

When I was her age, I didn’t even have a mall yet. haha. It was built when I was in 8th grade. There were some of the same stores like Spencers Gifts. But instead of getting Starbucks when I went with friends (because there wasn’t one), I usually got an Orange Julius. Plus coffee was made by the devil. Sorry, I shouldn’t joke. 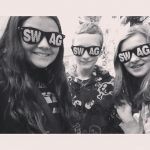 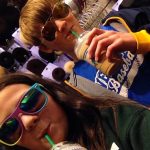 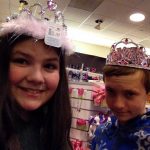 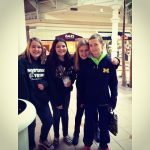 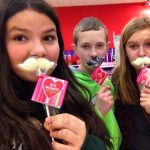 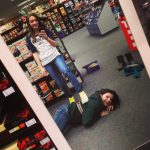 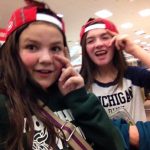 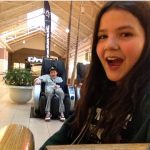 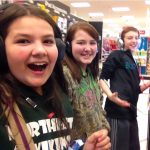 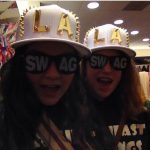 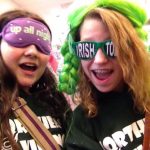 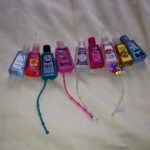 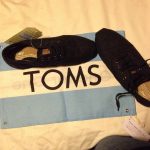 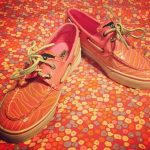 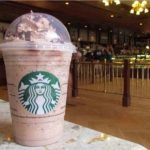 Kids our age hung out at the arcade.
It was called Time Out and it was dark and loud. Games like Pacman and Ms. Pacman, Donkey Kong Jr., Tempest, Centipede, Frogger, Asteroids and Gataga were pretty popular. The arcade was always packed with lines waiting and crowds watching and stiff competition for top scores. It’s kind of funny now to think about the rivalry especially amongst the boys. And by rivalry, I mean sometimes fights broke out. Kids kept mall security hopping. The guys that worked there were always cute, but of course too old for us. haha.

Stickers were really popular even in junior high.
It wasn’t called middle school because it was only 7th and 8th grade. There was a store in the mall that sold nothing, but stickers and stuffed animals. It was called the Rainbow Shop. I had tons of sticker albums and a HUGE collection. None were stuck into pages. They all still had the backing. I used to trade them in school, give them to friends or send them to pen pals. I had several international pen pals. My favorite stickers were scratch and sniff (Anyone remember the skunk,  gasoline or band-aid smell stickers?) and I liked the puffy stickers, too. A lot of the stickers came on a roll at the store and you could just tear off as many as you wanted to buy.

This was the time period when girls started Valley Talk (Valspeak).
The movie Valley Girl (with Nicholas Cage) came out two years after most girls were already using ValSpeak, but it was a fun movie. Valley talk was so much a part of my young teens that I still catch myself using some words.

Clothing-wise, my friends and I would shop for mini-skirts, legwarmers, polo shirts and designer jeans and baggy jeans that were pleated in the front. Oddly, just like Ally, I wore Sperrys shoes sometimes, too. But no one I know ever wore colorful types that they have now.

I would often buy designer shoelaces, too. We used to add our friendship pins on them. When Ally bought colorful skate laces, it made me think about the laces I bought as a kid, but mine were for sneakers. Do Michigan kids call sneakers tennis shoes? I bought a lot of Jordache purses because they were the perfect size, too.

We would spend a lot of time in the record stores at the mall.
I didn’t have CDs or iTunes. I had a record player, a cassette player, a portable pocket radio, and an 8track player and later on a Sony Walkman (cassette player). I didn’t get the CD player walkman until I was much older. So seeing Ally with Beats, an iPad, iPhone, etc. is a lot different. But hey, music is different now, too. Some of the first records that I bought with my own money were by Pat Benatar. haha

I used to record music directly off the radio, too.
I had tons of Mix tapes. My friends and I would call radio stations and make requests and dedicate the songs to our friends or crushes often, too. Sometimes we would call and dedicate songs, but not say who we were and then laugh and laugh because in school the next day, other people that heard the dedication would wonder who called it in. Silly, I know. And not that I had any crushes or did I? hahaha I’ll never tellllll. OK, I’ll make one confession. In the photo of me below, I’m wearing a hat that belonged to the boy I had a crush on at the time. It was not a fashion statement.

Looking back, I think some stuff seemed kind of childish for my age, while other things seemed too mature for my age at the time. LOL The 80’s were just crazy, I guess. 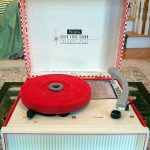 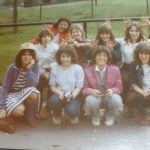 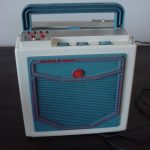 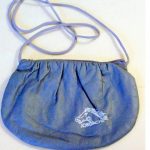 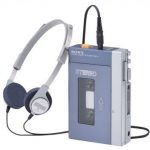 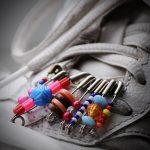 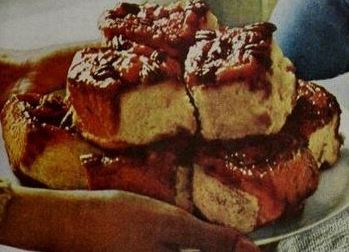 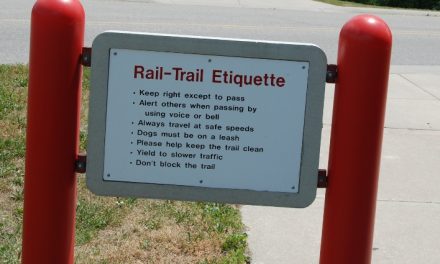 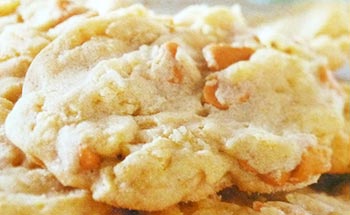 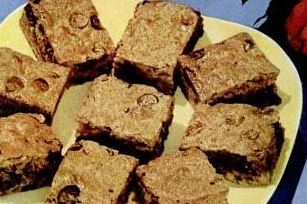