Retro Classic Games that made me nervous 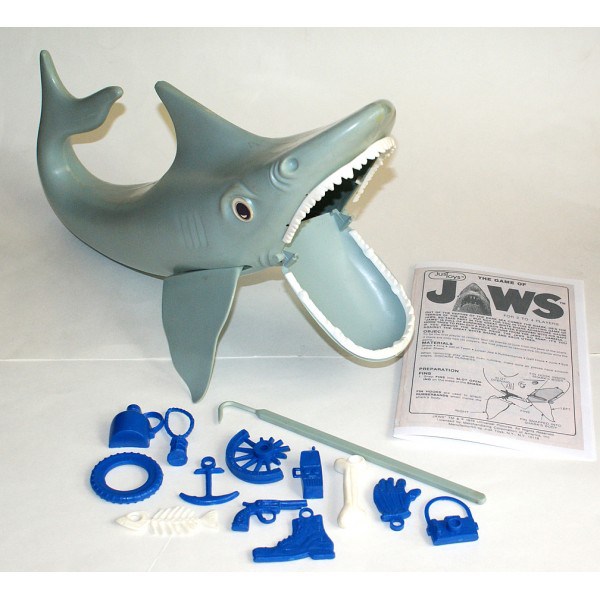 There are a lot of games that scared me as a kid. Don’t get me wrong, I loved them, but they made me feel anxious as I played them.

Here were some of them: 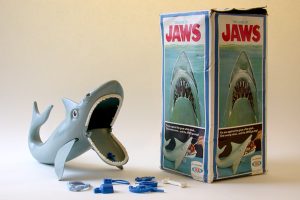 The game of Jaws: It’s you against the great white shark. One wrong move and the jaws go snap! Called Shark Bite, Shark Chomp, Sharkie’s Diner, Sharky’s Diner and Sharky’s Dinner, too.  It came out in the 1975 based on the movie and was created by Ideal.

“Out of the depths of the sea comes the shark. He’s the terror of the sea. But not for you in this exciting game of JAWS. So take part in the great white shark adventure ’cause “JAWS” is full of surprises. Each player equipped with his gaff hook tries to fish out a piece of junk from the JAWS. Careful, If you remove the wrong piece the JAWS go snap. It’s you against the great white shark and each other.”

What I remember most were the rubber bands that operated the shark’s jaws and how much it hurt if my fingers were in the jaw as it slammed shut. OUCH! The rubber bands broke often and I’d have to replace them. I did love pulling the various items (such as fish bones, an anchor, ship’s wheel, a camera and a skull, etc) from the shark’s body with the hook and while many people claim the shark wasn’t very realistic, that never took anything away from how much I liked this game. It was a plastic hollow shark and I found absolutely no disappointment if it didn’t resemble a live shark. I mean come on, do the hippos look realistic in the Hungry, Hungry Hippos game?

Ideal created an alligator game that was similar to Jaws. At the time (1980), I was too old to want it and it was much larger than the shark.

Perfection: Available since 1975. Match the shapes, put ’em in place, times running out in this frantic race.

This game flipped me out a bit as a kid. I was always nervous it would pop in my face and I’d lose an eye or something. I remember playing different updated versions of it, but the suspense was always the same. The game is getting harder to find in the larger sized version (there’s a smaller travel sized one) and is expensive if you do find it!

(this video is much more tame than the Pop Goes Perfection commercial from the 90’s.) 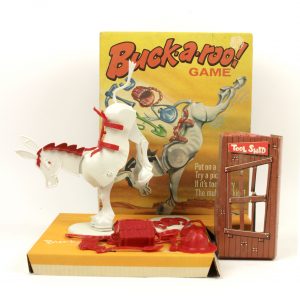 Buckaroo: Put on a shovel, try a pick, if it’s too heavy, the mule will kick. Made in 1970. The mule used to be white, but is now brown. You would stack items on the the mule’s back and then there was a spring that would “kick” the items off. It was discontinued for a couple of years after a reported injury and brought back with improved instructions. What was it with me and games with flying parts? 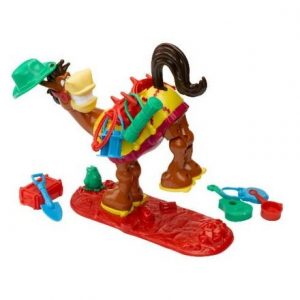 Operation: It’s been around since 1965. The buzzing sound in Operation scared the heck out of me. I bought this game for my kids and still screamed when I touched the metal sides. I just love this game.  I always wanted the wishbone. haha. 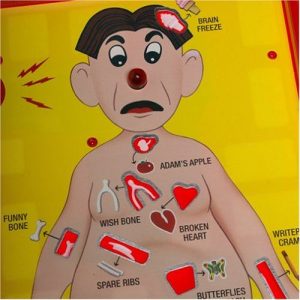 I recently read that the creator of Operation, is in need of help for his own operation. He was only compensated $500 for his game idea. That’s crazy. Please consider giving a thank you to him and give a helping hand.
https://www.crowdrise.com/HelpfortheInventorofOperation

Please watch and help if you can:

What board games made you nervous when you played them? I wasn’t a kid when Don’t Wake Daddy was made, but wow, that seems a bit of an evil little game, too. haha. The dad popping up would have scared me as a kid. haha. 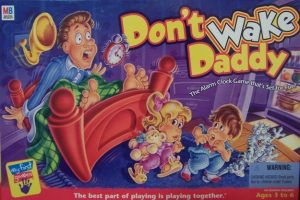 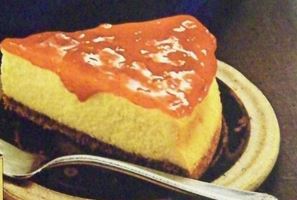 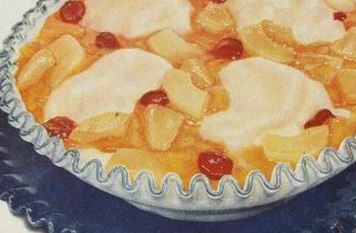 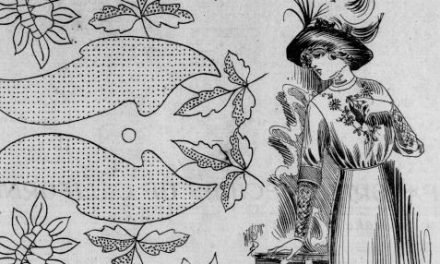 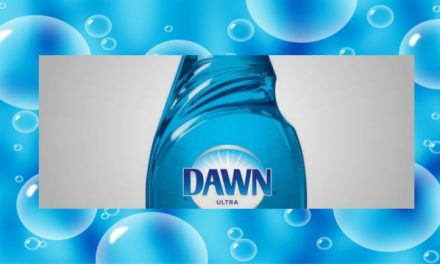