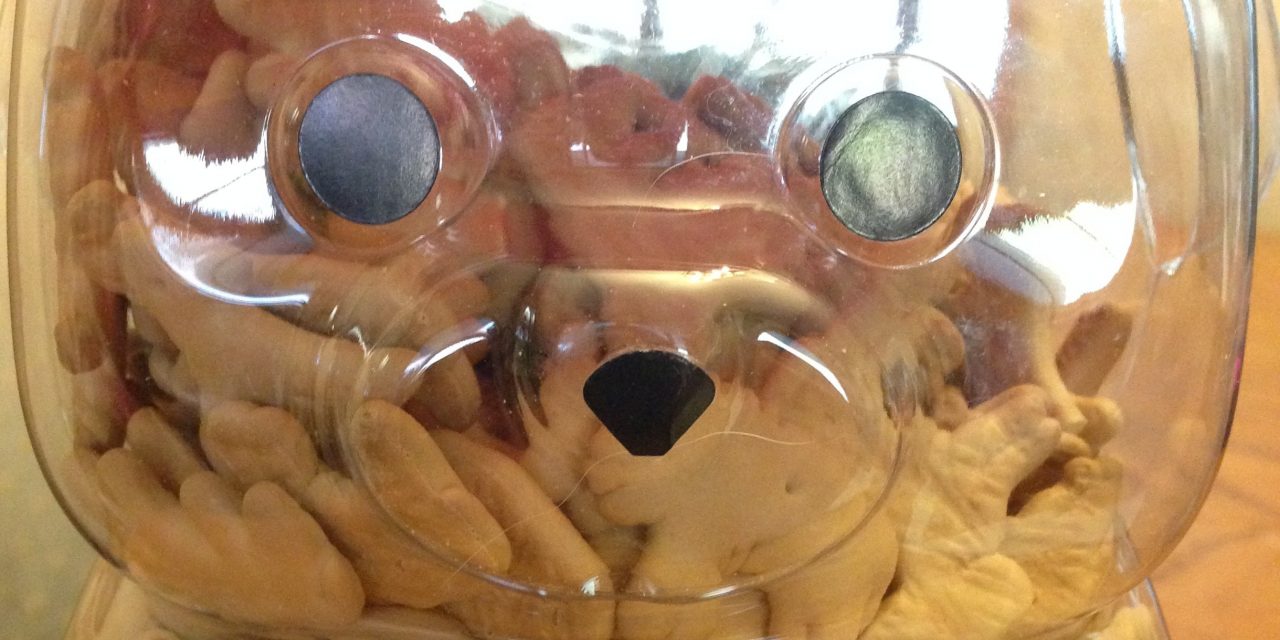 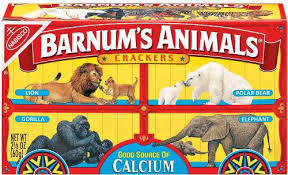 Animal crackers are a common food item you probably remember from childhood. It’s easy to get nostalgic. I remember biting the heads off first.

I never could decide if I liked Nabisco Barnum Animal crackers or Stauffers Animal Crackers more. Kellogg has an animal cracker, too, but I can’t recall specifically having that brand as a child. However, my kids have enjoyed the Keebler (and Stauffer’s for that matter) Iced/Frosted Animal Cookies. They only like the pink frosted ones and avoid the white frosted ones. sigh. I don’t  buy them often because they’re messy and let’s face it: who can tell what the animals are with all of that frosting and they are really sugar-laden. 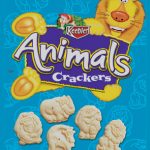 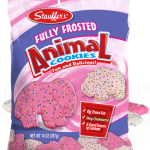 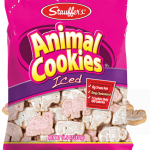 It’s always been a toss up for me between Barnum and Stauffers. Barnum comes in the cute little circus themed box. They are more like a cookie than a cracker. And Stauffers which  didn’t have the cute circus box (but they do have a little handled box available) and are more like a cracker. These days, I tend to buy the Stauffers in either the giant sized bag or the plastic bear container which makes a fun bank for the kids. Maybe I prefer them because of the nutmeg and mace spice flavoring. Or maybe they’re just cheaper.

In the late 19th century, animal-shaped cookies (or “biscuits” in British terminology) called “Animals” were imported from England to the United States. The demand for these crackers grew to the point that bakers began to produce them domestically. Stauffer’s Biscuit  Company produced their first batch of animal crackers sometime around the end of the century  in York, PA (1871). Other domestic bakeries, including the Dozier-Weyl Cracker Company of  St. Louis and the Holmes and Coutts Company of NYC, were the predecessors of the National Biscuit Company, today’s “Nabisco Brands”.

Animal biscuit crackers were made and distributed under the National Biscuit Company banner. In 1902, animal crackers officially became known as “Barnum’s Animals” and evoked the familiar circus theme of the Barnum and Bailey Circus. Later in 1902, the now-familiar box was designed for the Christmas season with the innovative idea of attaching a string to hang from the Christmas tree. Up until that time, crackers were generally only sold in bulk (the proverbial “cracker barrel”) or in large tins. These small cartons, which retailed for five cents at the time of their release, were a big hit and are still sold today.

The number and variety contained in each box has varied over the years. In total, 54 different animals have been represented by animal crackers since 1902. In its current incarnation, each package contains 22 crackers consisting of a variety of animals. The most recent addition, the koala was added in September 2002 after being chosen by consumer votes, beating out the penguin, walrus and cobra.

In 1948, the company changed the product name to its current designation of “Barnum’s Animals Crackers”. Later, in 1958, production methods changed to improve the crackers’ visual details. Until then animal shapes were stamped out of a dough sheet by a cutter. This produced outlines with little sophistication. By installing rotary dies, bakers can actually engrave details onto each cracker, creating a more intricate design. The rotary dies are still used today.

Barnum’s Animals Crackers are all produced in the Fair Lawn, NJ Bakery by Nabisco Brands. More than 40 million packages of Barnum’s Animals Crackers are sold each year, both in the United States and exported to 17 countries worldwide. The crackers are baked in a 300-foot (91 m) long traveling band oven. They are in the oven for about four minutes and are baked at the rate of 12,000 per minute. Fifteen thousand cartons and 300,000 crackers are produced in a single shift, using some thirty miles of string on the packages. This runs to nearly 8,000 miles (13,000 km) of string a year. Those bright circus boxes are produced in three colors – red, blue and yellow – with different variety of animals on each.

Why do animal crackers have dots or holes on them?

The holes in the Animal Crackers are called “dockers.” The holes are there to let some of the air out of the crackers and reduce the rising process. This helps retain the animal cracker shape. (source: Stauffers)

In total there have been 37 different animals shapes featured in Barnum’s Animals Crackers since 1903. The current crackers are bear, bison, camel, cougar, elephant giraffe, gorilla, hippo, hyena, kangaroo, lion, monkey, rhino, seal, sheep, tiger and zebra. To celebrate its 100th anniversary, Barnum’s added the koala to the menagerie in September 2002. 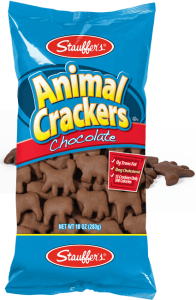 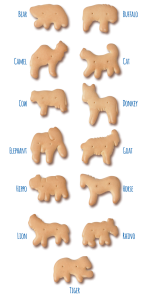 Which brand did you enjoy? What are your thoughts on the chocolate flavored animal crackers?

I have read a lot of articles that claims that a rabbit has never made it into a box of animal crackers. This is not true. Maybe they didn’t ever make it into Barnum’s, but they were definitely in Stauffer’s. I know because they were my favorite animal as a kid. I couldn’t find any information on it, but found a necklace that looks just like the cracker did. Validation that I am not imagining things. haha. 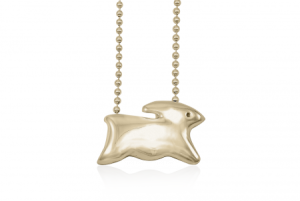 April 18th is National Animal Crackers Day. In case you need an excuse to buy a package of animal crackers.

If you enjoy the history food, read The American Plate. 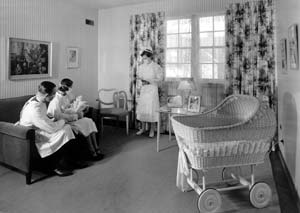 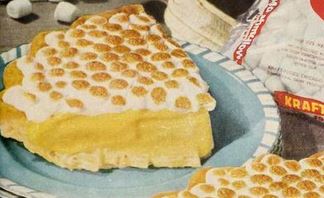 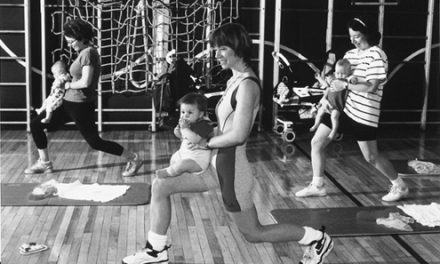 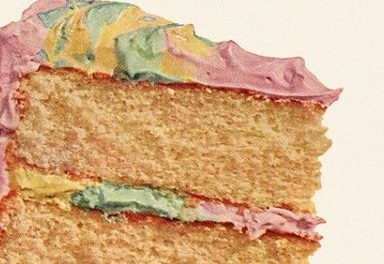