Cheesecake without a Graham Cracker Crust 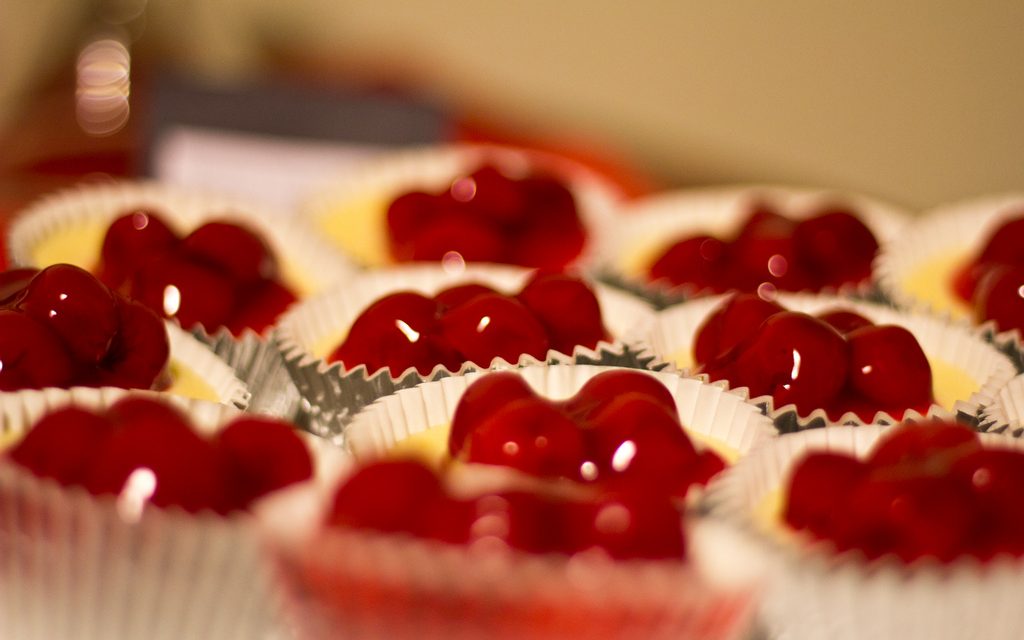 Ever want to make cheesecake without a graham cracker crust?

This next letter is from Linda AKA Honey from Texas. It’s from June 2011. But it didn’t reach me until July. At the time, my mail was being routed from NYC to Cincinnati and then to me in Michigan.

Her letter is in regards to the following question from another reader:

I read one of your letters from a reader who wanted to know if you had any ideas for a crust on a cheesecake because she did not like graham crackers. Well, here is mine.

3/4 cup of melted butter or oleo

Press into your dish and bake at 400 degrees F for 8-10 minutes. I have a strawberry frozen dessert I use this with. It tastes wonderful. –“Honey” 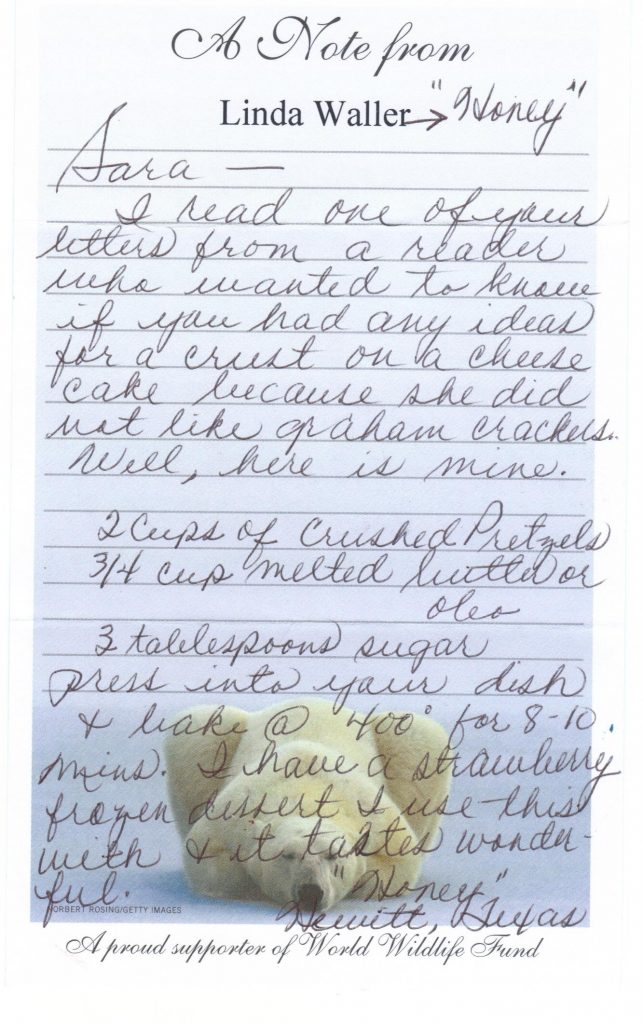 You can use a pie shell crust. Many people do.

My grandma used to make mini cheesecakes in a muffin tin using a vanilla wafer as the crust. She used to describe her mini cheesecakes like this: “Your grandfather ate so many, he made himself sick.” She would never ever say that to anyone but the younger version of me. It was just an expression and wasn’t true. The funny thing is, one summer, my little brother actually ate an entire cheesecake she made. We were all asleep and he woke up early and grabbed himself a fork, the entire aluminum pie tin of cheesecake and put on the Saturday morning cartoons. And guess what? He ate so much he made himself sick! He used to do weird things like eat entire sticks of butter, too. Bless him. He made being the oldest child easy for me. hahaha Sorry Don.

You can also use crushed ginger or chocolate wafers, or Oreos or animal crackers. Or no crust at all. Some people use a shortbread, chocolate brownie crust, or biscotti crust, nuts such as crushed hazelnuts, pecans, walnuts, etc.

Fair warning: Cheesecake can be prone to cracking, over baking or exploding over the sides. I’ve had many readers email me with cheesecake questions. I’m very much the classic no-fuss Philadelphia cream cheese, eggs, vanilla, sugar with a pre-made crust type which is about as easy as making rice krispies treats.  I like efficiency and for me, life is too short to do a water bath cheesecake.  But I get it. If you’re going to take the time to make a cheesecake, you should do the best you can to make it perfect.

Here’s a bar recipe rather than making a traditional cheesecake. Just-in-case. Always good to have a backup plan. 😉

There are a lot of cheesecake without graham cracker crust recipes.

Here’s  5 fun alternatives to graham cracker crusts which has a few crust options that I didn’t mention.

How about cheesecake in a jar? It’s cheesecake and no graham cracker crust and the recipe is also no-bake.

How to Shape Your Eyebrows 1964 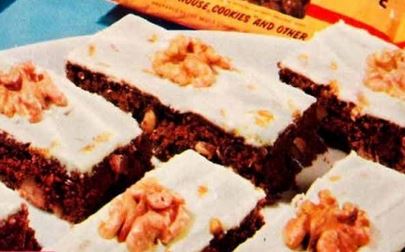 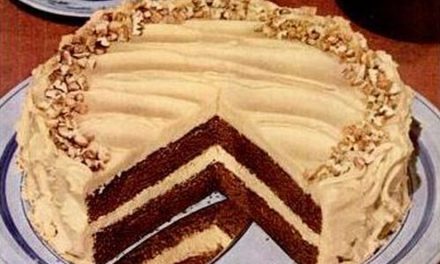 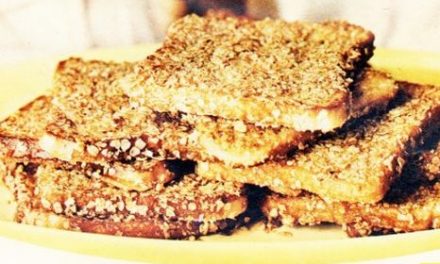