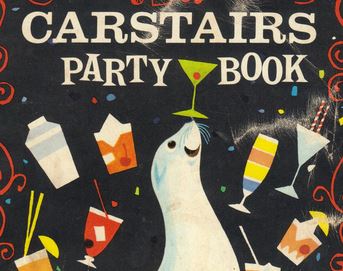 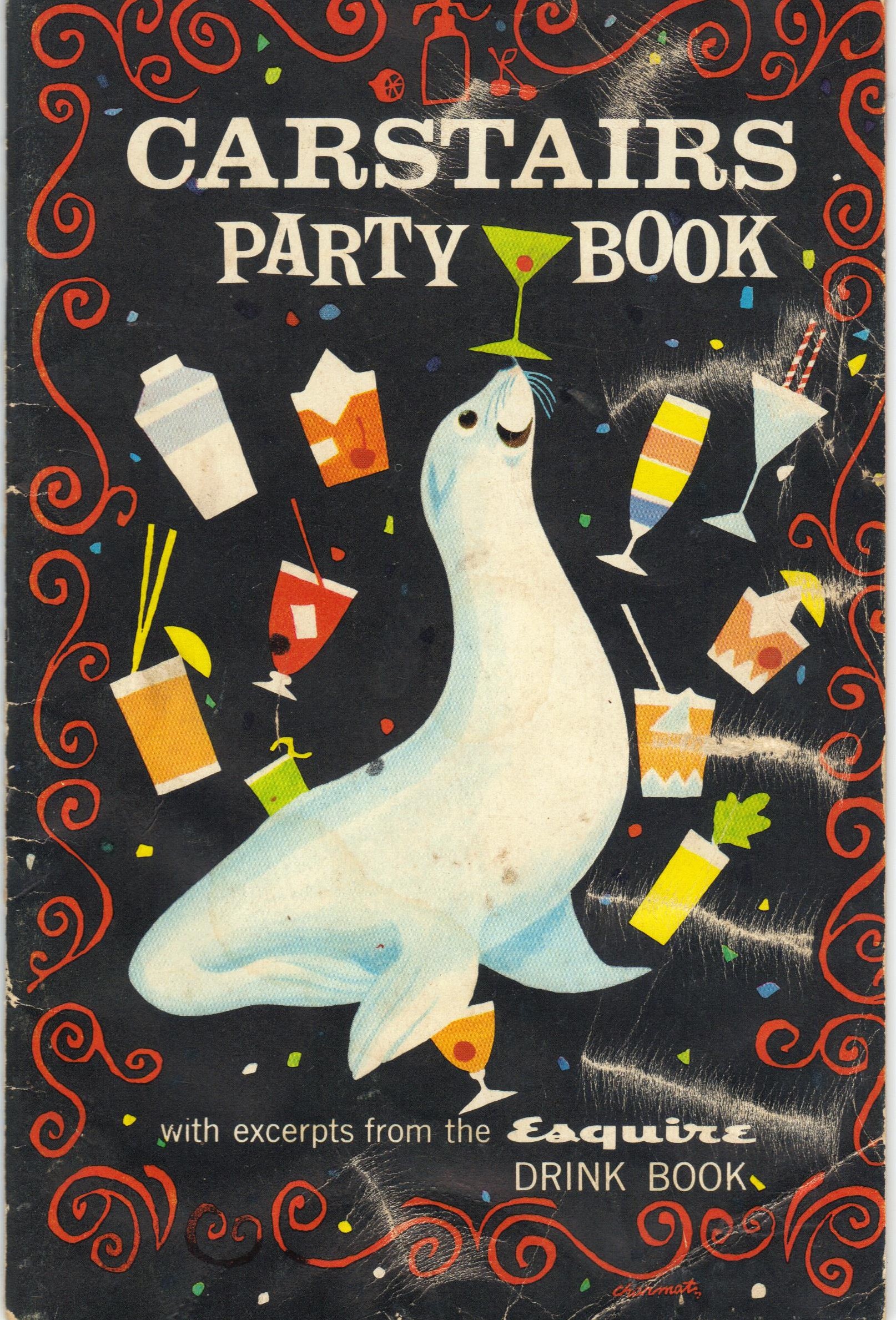 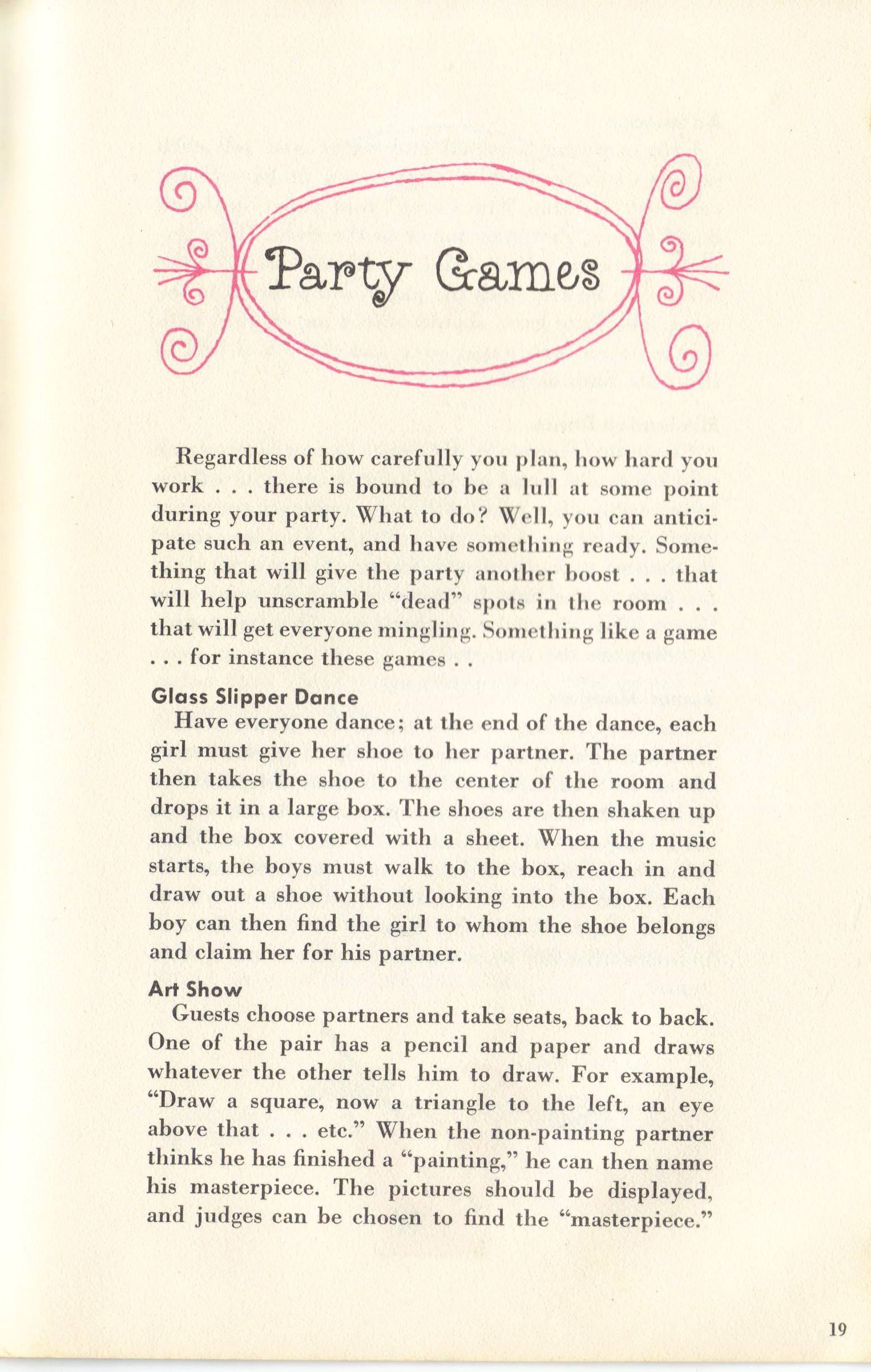 Carstairs Party Book with excerpts from the Esquire Drink Book

Regardless of how carefully you plan, how hard you work…there is bound to be a lull at some point during your party. What to do? Well, you can anticipate such an event, and have something ready. Something that will give the party another boost…that will help unscramble “dead” spots in the room…that will get everyone mingling. Something like a game…for instance these games..

Have everyone dance;at the end of the dance, each girl must give her shoe to her partner. The partner then takes the shoe to the center of the room and drops it in a large box. The shoes are then shaken up and the box covered with a sheet. When the music starts, the boys must walk to the box, reach in and draw out a show without looking into the box. Each boy can then find the girl to whom the shoe belongs and claim her for his partner.

Guests choose partners and take seats, back to back. One of the pair has a pencil and paper and draws whatever the other tells him to draw. For example, “Draw a square, now a triangle to the left, an eye above that…etc.” When the non-painting partner thinks he has finished a “painting,” he can then name his masterpiece. The pictures should be displayed, and judges can be chosen to find the “masterpiece.” 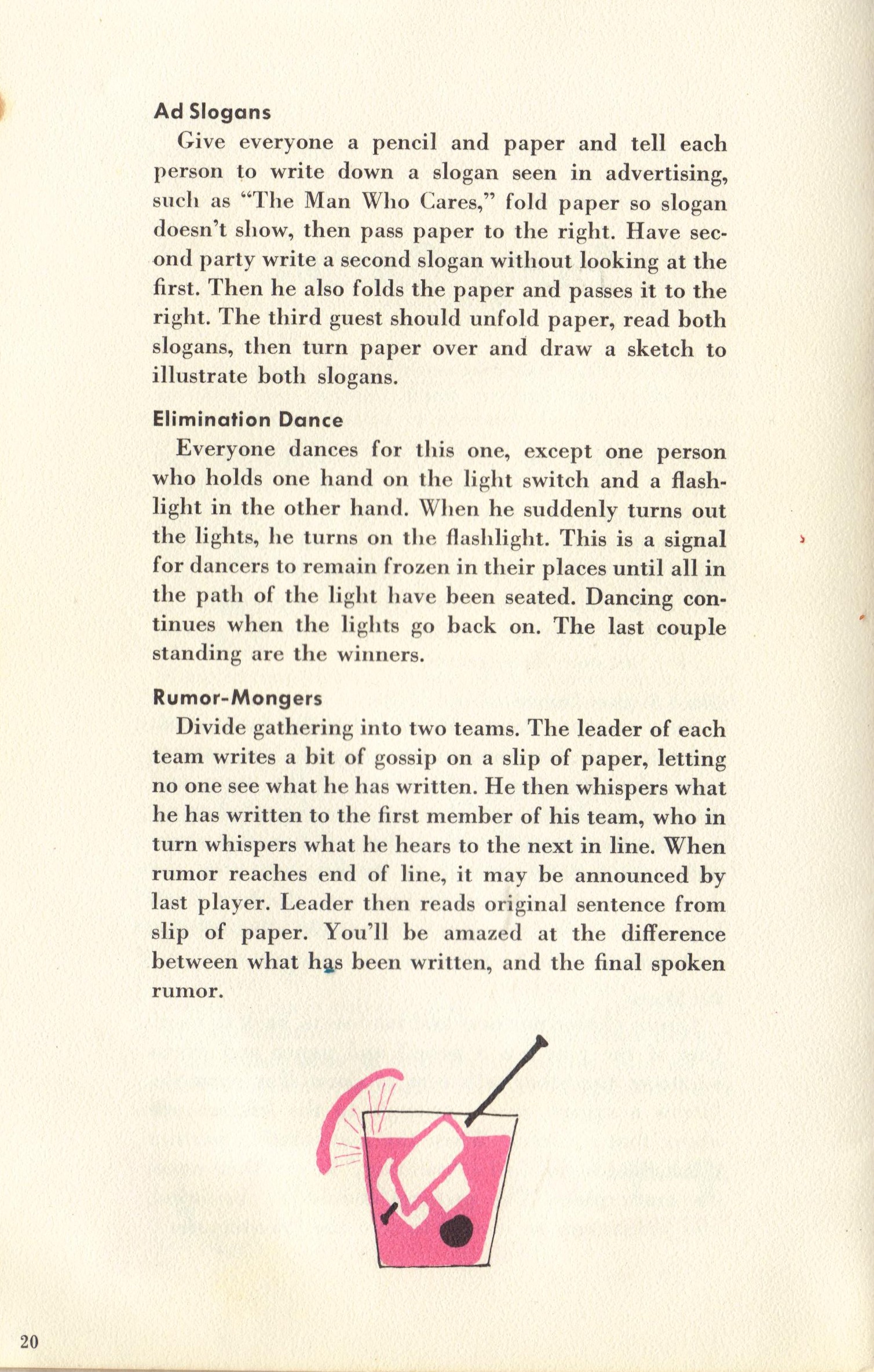 The man who CARES says: Carstairs

Give everyone a pencil and paper and tell each person to write down a slogan seen in advertising, such as “The Man Who Cares,” fold paper so slogan doesn’t show, then pass paper to right. Have second party write a second slogan without looking at the first. Then he also folds the paper and passes it to the right. The third guest should unfold the paper, read both slogans, then turn the paper over and draw a sketch to illustrate both slogans.

Everyone dances for this one, except one person who holds one hand on the light switch and flashlight in the other hand.  When he suddenly turns out the lights, he turns on the flashlight. This is a signal for dancers to remain frozen in their places until all in the path of the light have been seated. Dancing continues when the lights go back on. The last couple standing are the winners.

Divide gathering into two teams. The leader of each team writes a bit of gossip on a slip of paper, letting no one see what he has written. He then whispers what he has written to the first member of his team, who in turn whispers what he hears to the next in line. WHen rumor reaches end of line, it may be announced by the last player.You’ll be amazed at the difference between what has been written, and the final spoken rumor. 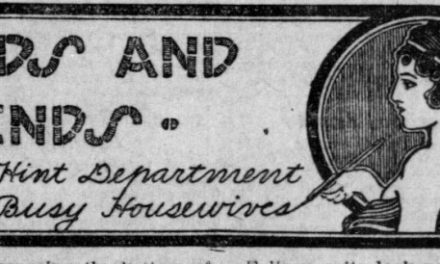 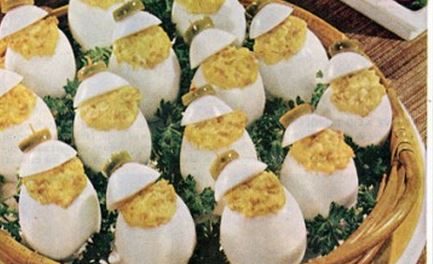 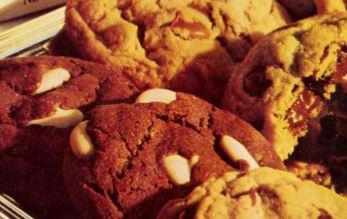 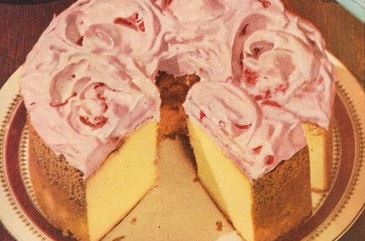