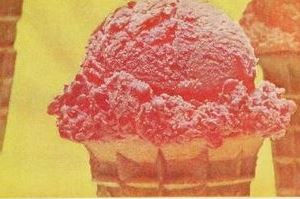 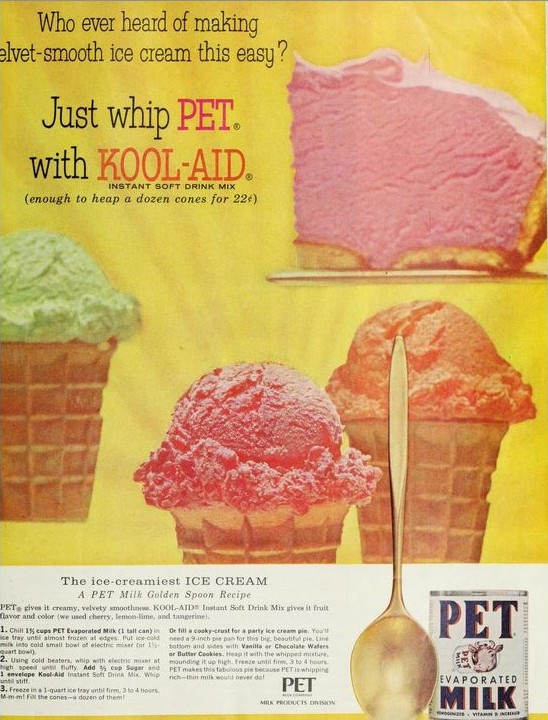 Who ever heard of making velvet-smooth ice cream this easy?

mmm Fill the cones-a dozen of them.

Or fill a cookie crust for a party ice cream pie. You’ll need a 9-inch pie pan for this big beautiful pie. Line bottom and sides with Vanilla or Chocolate Wafers or Butter Cookies. Heap it with the whipped mixture, mounding it up high. Freeze until firm 3-4 hours. Pet makes this fabulous pie because Pet is whipping rich-thin milk would never do! 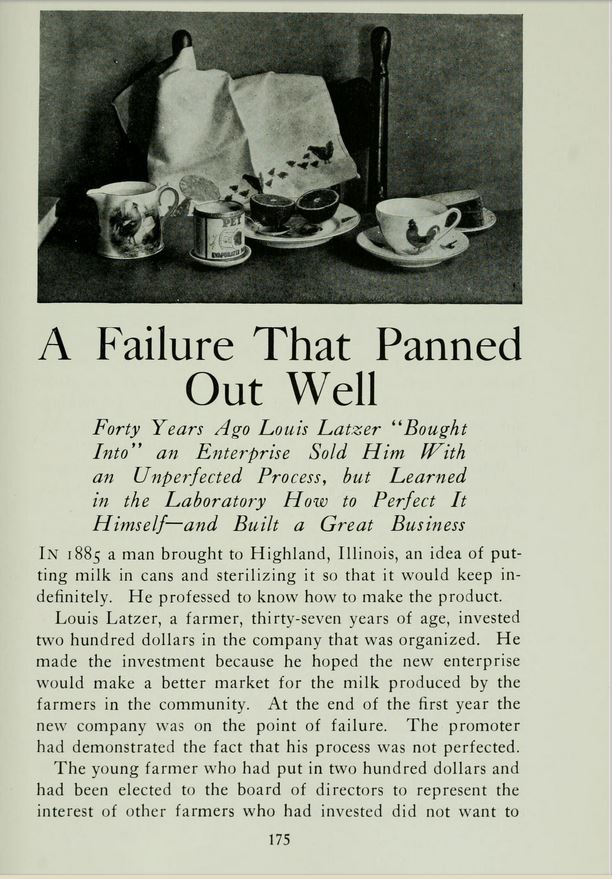 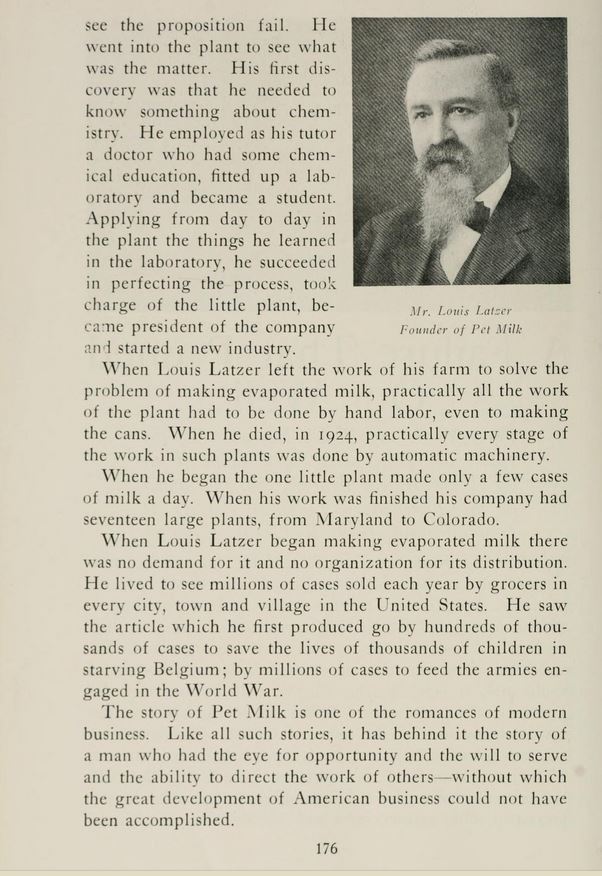 If you end up with extra cans of evaporated milk, know that it lasts about a year unopened in the pantry and once opened and refrigerated, you have about a week to use it. Use some in mashed or scalloped potatoes, coffee or tea, fudge, scrambled eggs, pies or French toast, to a name few.

Here are a few tasty recipes to keep handy.

In a saucepan, melt together the chocolate and butter over low heat. Add the sugar. Gradually stir in the evaporated milk. Bring to boil over medium heat. Reduce heat, and boil gently for eight minutes. You can use this warm on ice cream or as a chocolate fondue. Refrigerate leftovers.

Combine all the ingredients, except one cup of cheese, in a greased slow cooker. Sprinkle reserved cup of cheese over the top. Cover. Cook on low for three to four hours. Don’t remove the lid and stir until the mixture has finished cooking. 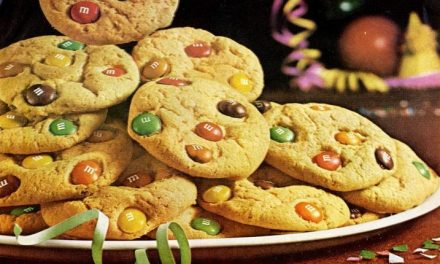 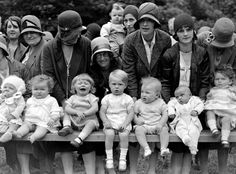 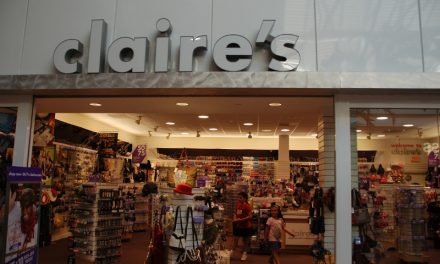 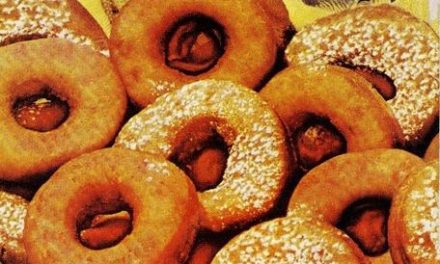